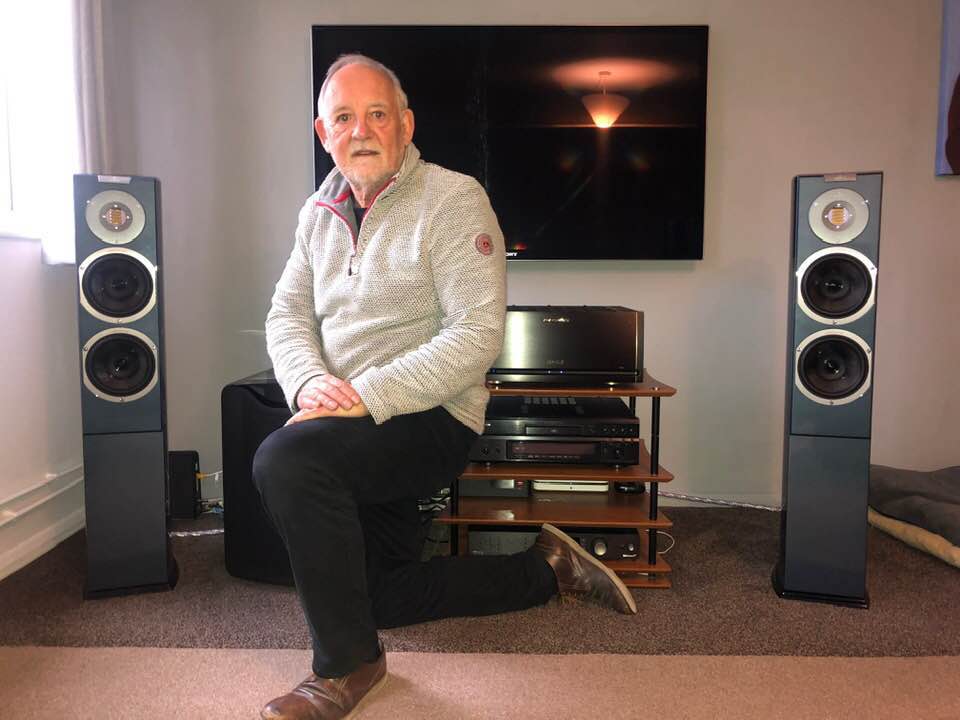 I have been working in the Hi Fi Industry for over 4 decades and spent most of the previous decade working in the Music Industry working on live sound mixing as a Sound Enginer in the 70's for many London Pub bands to and a great number of touring American Bands and Artists. The list is far to great to list, but to give you an idea Edwin Star, Percy Sledge, The Reverent Al Green, Doris Troy ,Viola Wells, The Foundations, The Sweet, George Melly, King Sunny Adi, Gonzalez, FBI to Earth Wind and Fire and Santana to name just a few. At the same time I worked for a number years with a London based collective of some 30 sessions musicians members that where a band in there own right lead by Mike Eve, who were often hired by American labels like Motown and Stax and other record labels to back their touring solo artists.

But after a number years both working during days for a Public Address Systems Company, making and repairing Bin and Horn PA systems, and by nights with the bands it became all to much, burning the candle at both ends.

So at that point I made the radical change and started working in the Audio Retail Field, first for NuSound in High Holborn which later becoming Custom Hi Fi under my guidance. This was the first Hi Fi Shop to have an Acoustically designed single system demonstration room, designed by the famous reviewer Angus Mackenzie and Laurie Fincham of KEF Loudspeakers it quickly became the shop to go to in London to hear equipment. Leading to a number of Hi Fi Magazines and Manufactures of the day using it to test their New equipment and equipment reviews.

One day I was invited to go and work for the Japanese Hi Fi company Sansui to help develop their brand in the UK, ending up as their Press Relations Manager. In that time Sansui produced a number of leading products like the legendary SR222 MkII turntable and the AU range of amplifiers like the AU217 and 317 and a still born loudspeaker project with Brian O'Rourke and his son Alan O'Rourke. This speaker later became the Ruark Swordsman in its all black high gloss finish and gold bolts to match the original SR 222 MKII Turntable and the black amplifiers of the day.

Having now moved to the Brighton Sussex area from Maidstone Kent to be closer to my family as my wife and I had a baby son on the way. I work with a Brighton retailer Sounds Supreme as general manager running four Hi Fi Shops across Sussex. During this time, Sounds Supreme developed their own Hi End Pre-Power amp combination called the Enigma Variations, but Richard Martin the owner of the company decided to move to the states to follow his other great love Motor Racing. 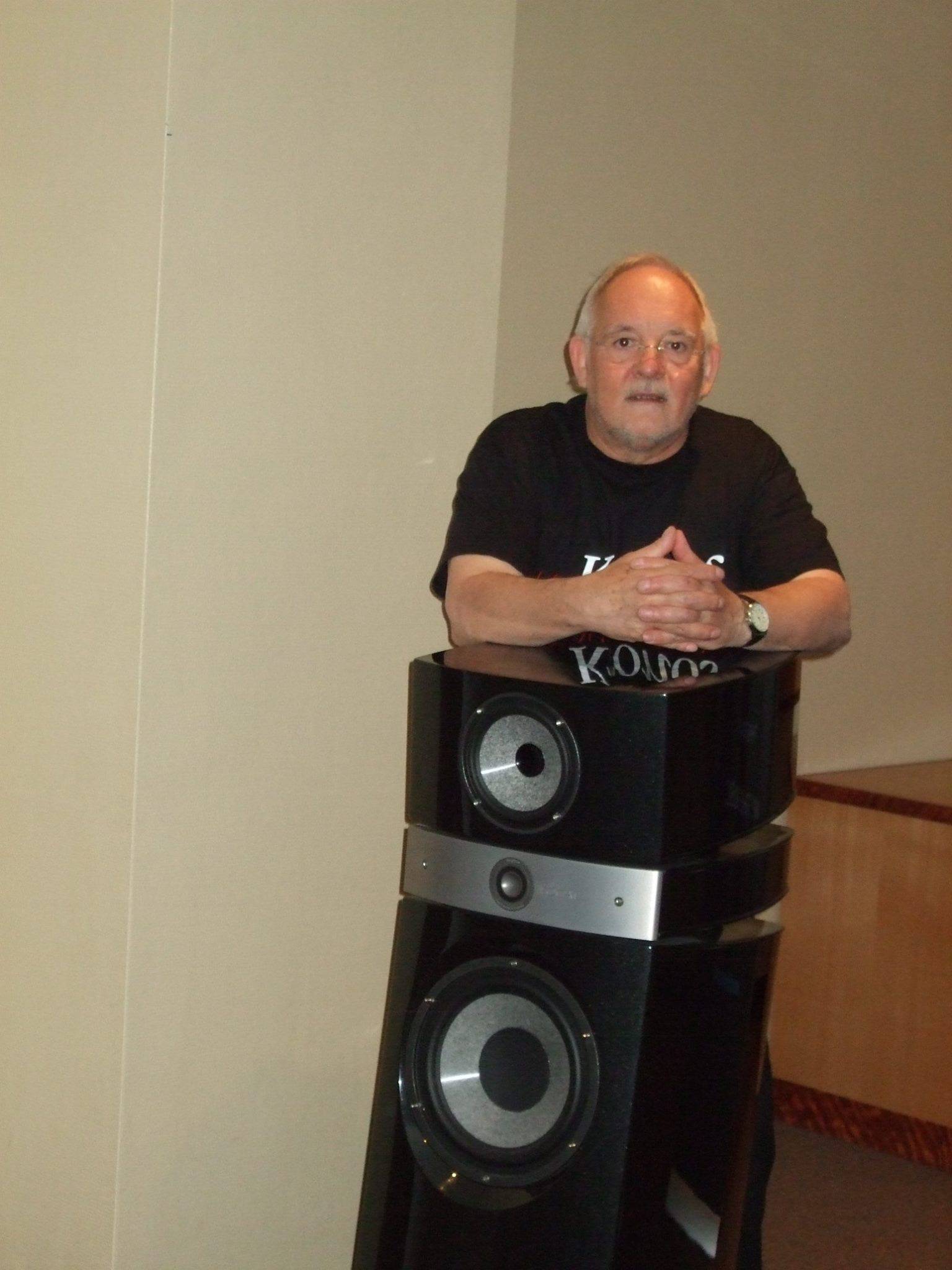 For a short time after that I worked with B&W loudspeakers Worthing, while John Bowers and Robert Trunz were leading the company. B&W were starting to expand into distribution and they acquired Tandberg reel to reel and Hi End electronics also adding Nakamichi shortly after that to their portfolio.

Again after a period I found  myself at a loose end, I was invited to join Celestion loudspeaker as their Product Manager working with a couple of very good designers Graham Banks and Alan Smith. The idea behind this was to bring together the marketing skills of Gordon Proven with the rich skills of the designers into one strong team. Joining Celestion just at the end of the Ditton era, famed for the 15 XR and the 25, 33,44.66.

In the new era Celestion produced some of their most successfully loudspeakers from the the ground braking SL series,SL6 ,SL600 System 6000 to the multi award winning SL700 to the entry level DL Series.  Working with them for nearly a decade, but after the still born Celestion 1000 series the ribbon hybrid speaker, which I lost the fight and to get sorted before it came to market . I set up my own PR company for specialised press relations.

I continued to work for Celestion working as a free lance on their PR for a short while, but now I was  free to work with many other companies.

First company I took on was Ruark loudspeaker as I had worked with both Brian & Alan O’Rourke while working with Sansui, working with them for the next two decades, in which time they produced a number of well loved loudspeakers such as the Broardsword, Tailsman, Crusader, the Equinox and the mighty Excalibur to name just a few.

Over this same period I also did work for Luxman, Thorens, Neat Acoustic, Myryad Electronics.

At the same time I added Absolute Sounds to my porfolio of clients,  as I had built up a good working relation with Ricardo Franassovici and Pedro Jorge Luis while working with Celestion. Using equipment supplied to us by Absolute Sounds, we used  Goldmund Electronic at many of our demonstrations. I went on to work with Absolute Sounds for many years, looking after a number of their brands.

The main one I got very deeply involved with was Copland, and became personal friends with their designer and founder Olé Möller. Leading me to end up working directly with him and their manufacture in Sweden Lars Pedersen.

While working with Lars Pedersen he aquired the Swedish Hi End Audio brand of Primare from Bo Christensen. Lars Pedersen set about reworking the product line up to take out some of the over engineered cost elements in the design to enable the product to fit the current market place with the help of Swedish engineer and audio guru Mike Bladelius.

Shortly after I came into contact with the very young Nordost Cables Company from Boston USA, who had been working with the American military and NASA on developing completely new ideas in cable design.  Nordost where intoduced to me by another Swedish company that I had done some work for in the past called QLN Loudspeakers. The then UK distributor of QLN Loudspeakers David Sprake, then took up distribution of Nordost in the UK and it very quickly made its mark in the UK. It became the reference cable to be used by many.  A couple of years down the line Nordiest set up their own distribution in the UK and the rest is history. While working with Nordost I became friends with both Lars Kristensen of Raidho/Eben along with drive systems designer Michael Børresen who introduced me to their ground braking driver designs on the Eben range of speakers, but without a UK distributor there was very little I could do in the UK for them until a few years later working for Sounds of Music I found a distributor for them and became there first dealer in the UK.

A while later I was approached by Jacques Mahul of Focal JM Labs the leading French loudspeakers manufacturer who had just appointed a new distributor in the UK. They had recently recruited a couple of english designers and where going to launch a brand new range of loudspeakers under the now renowned sub brand of Utopia, in the first year we collected Loudspeaker of the Year for the Grand Utopia from Hi Fi News at their awards. We noted while working for Focal-JM Lab loudspeakers they used YBA Electronics on all their testing, development and demonstration at this time.

Which lead to the UK distibutor taking on YBA electronics, YBA stands for Yves-Barnard-Andr'e the founder and designer. And to show again how thing sometimes just come around Yves-Barnard-Andr'e was the designer of the Goldmund Amplifers that I just loved using while I was at Celestion and were distubuted by Absolute Sounds.

While on one of my many trip to around the world for all my different clients, I was in Europe with Alan O'Rourke promoting his loudspeakers in Holland, and we both ran acoss the now famous Tivoli Table Radio and just fell in love with it. Ruark Loudspeakers took it up and distributed here in the UK for a number of years, and later developed their own digital audio brand under the new company title Ruark Audio, as Tivoli at the time could not see the future of Digital Radio around the world.

About 15 years or more ago , I took on Lumley, famous for Lampros Concert Grands Loudspeakers along with the amazing Strataophere Turntable for John Jefferies of Sounds of Music and Metropolis Music, his distribution company. With John's own range of of Hi End Audio came a great many other will known brands  that we distributed, promoted and sold  by John like, Acoustic Systems Resonators Ayon Tube Electronics from Austria, Ascendo cables from America, Boulder Electronics from the USA, Balanced Audio Technology BAT from the States, Bladelius from Sweden, Coda from America, Copulare equipment stands, Exemplar Audio made in the USA, Raidho/Eban Speakers from Denmark, Fourth Cables and accessories from Japan, Hensen Loudspeakers from Canada, Hovland electronics made in the USA,  Kharma loudspeakers from the Netherlands, LSA elecronics from Hawaii, Mastersound valve amplifiers from Italy, Music Tools equipment stands from Italy, YG Acoustics loudspeakers, Tenor Electronics from Canada,  VitusAudio Electronic from Denmark.

While working with John Jefferies at Metropolis Music, he was running out of space to run both side of his business from the shop in Royal Tunbridge Wells, and found new premises out at Cross in Hand  near Heathfield Sussex. It gave us the oppatunity to expand the shop and have eight demonstation rooms and the ability to run Metropolis Music from the same location. I then started to work for Sounds of Music full time for quite a few years and from time to time went out to other dealer around the UK, who sold and stock either John's Lumley product or some of the Hi End Audio products that we imported.

On one trip I went over to Kronos Audio Visual in Dungannon to do a couple of Musical Evenings, well that is what we call them, in truth it was a few days where we set up and showed off the range of products the we imported. While demonstrating these products, you would also talk about all aspects of each products and answer questions from customers. Over the few days we managed to billed up a strong friendship between David and Richie Campbell and myself that has lasted over more than a few years now.

In 2015 I decided to retire to  my Music and Hi Fi  system, but David had other ideas. Kronos AV had gronw to become on of the UK's premium HiFi stores, and had now wanted to open a retail store in the South of England. David managed talk me out of retirement. It did not take a lot, so here we are with are shop based just north of Brighton. The store has grown exponentially and we are happy to say we have just moved into our new much larger store, which has given us the opportunity to add a new range of products.

We have built a specialised demonstration room which allows us to demonstrate a huge range of reference products. Currently fitted out with Reference VTL Pre Power, the £50K Audiovector R8's, Titan Audio Nemesis wiring throughout, alongside a range of reference turntables and sources, its a joy to be back doing what i truly love.

I warmly welcome you in store to have a listen, get a chat and enjoy a coffee. 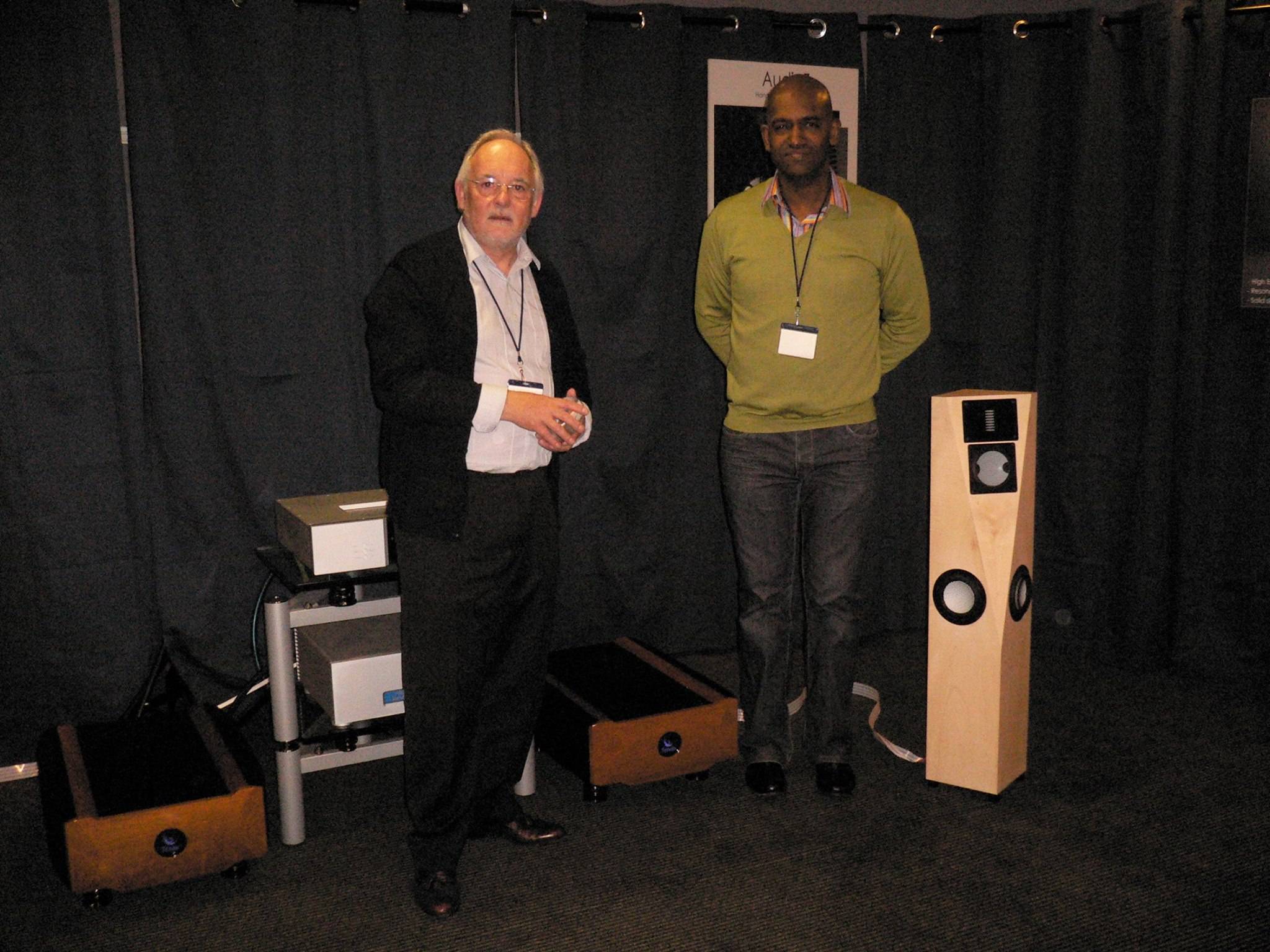